Throw on your checked shirt and pour yourself a bourbon, Mr Wishart has some new tunes potent enough for growing an authentic folk beard too.

The Bourbon I’ll take, the beard I’ll leave. The fact that I teamed up with this country/folk silver scroll winner over a decade ago is still a mystery to me, coming from the opposite side of the country fence. I think it had something to do with that wry smile Mr Wishart possesses and his incredible sense of melody, with a penchant for writing sad song symphonies.

But having survived a number of glorious years interbreeding ideas & opinions with fellow band mates in Selon Recliner, Guy needed a break. So it was off to India & Thailand for a 4 year teaching hiatus for inspiration, exploration & musical recovery. He returned with a heart full of songs resulting in his 5th & much anticipated solo album “West By North”.

It was a privilege to photograph a very dear friend at his album release show last Saturday night, surrounded by a stellar cast of musicians, support by Miller Yule. 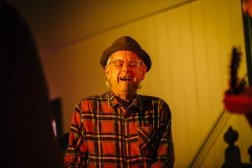 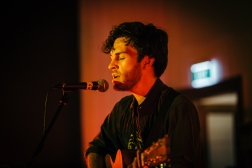 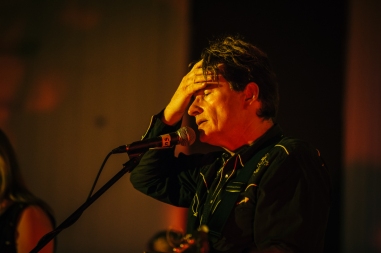